Alex, here are some examples of lighting that I wrote about the other day. The first few are all with a single light source. In this case a SB800. The last uses a SB200 module from the R1 kit but it could be any light. The important part about all of this is 1) quality of the light 2) position of the light 3) varying the intensity or output of the lights to create a balance.

Remember that you most likely will want shadows. Not multiple shadows indicating numerous light sources – ala the old TV Star Trek show – that’s bad. The thing is you need to build up your lighting. Never just throw lots more lights – that just looks ugly. It’s an art form. Since we shoot very small stuff we need to shoot at very small apertures to get depth of field. This means that handheld shots done at f/18-22 (which will likely be at 1/60s) will have almost no ambient light exposing the sensor. We need to create the ambient light which will be our first light, the main light, also known as our key light. After publishing this I see that I chose jpgs a little too wide. The right side cut off but I don’t feel like resizing it all. 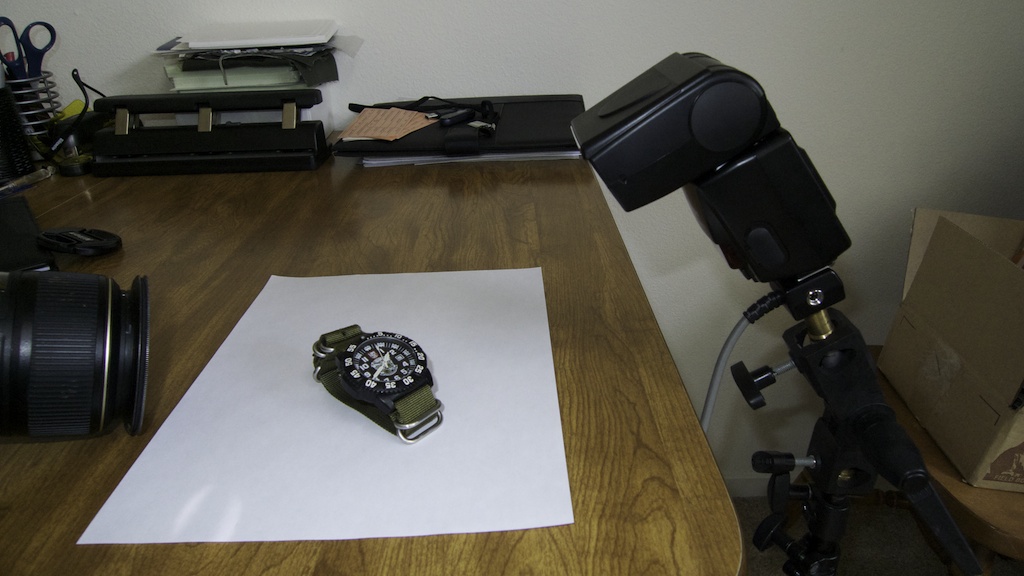 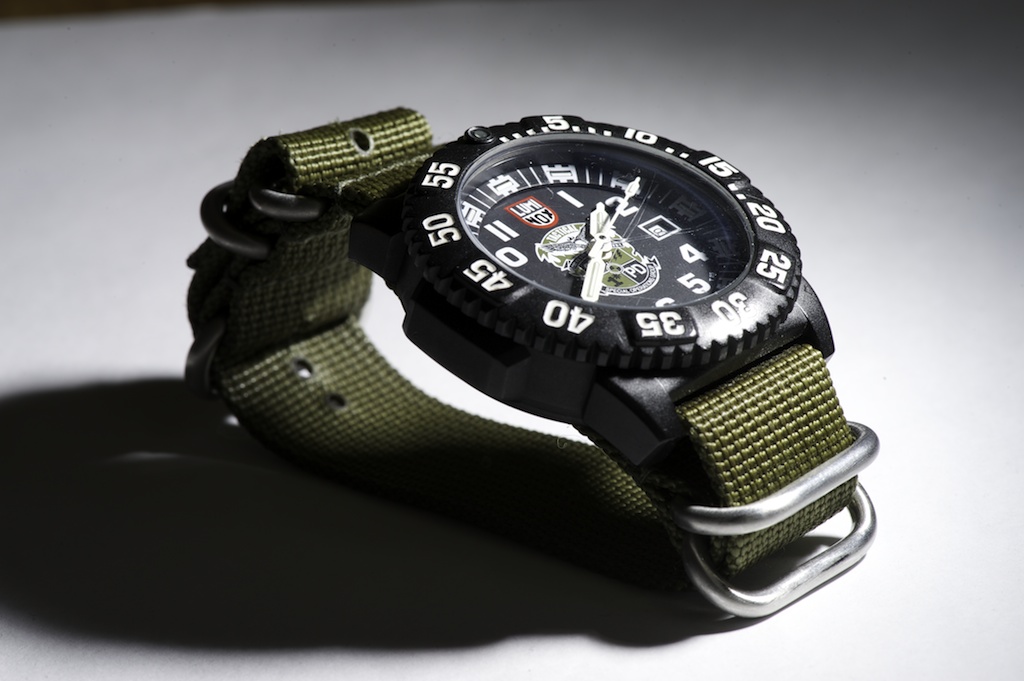 So here is a single camera right flash set at a 35mm spread at 8-10″ from the subject. You can see that shadows are harsh, light fall-off is strong, and overall the lighting is uneven. Not pretty. The flash is hooked to the camera with a SC-29 cord. The flash is in normal TTL mode and aperture for all these shots is f/20. I believe the camera exposure compensation was set to +2/3 for all shots. This made the white paper white. There was also no flash exposure compensation until the very end. Do you understand the difference between camera exposure compensation and flash compensation? The difference can be none, subtle, or great depending on the totality of light. For reference sake I tried to focus on the center of the watch for each shot. 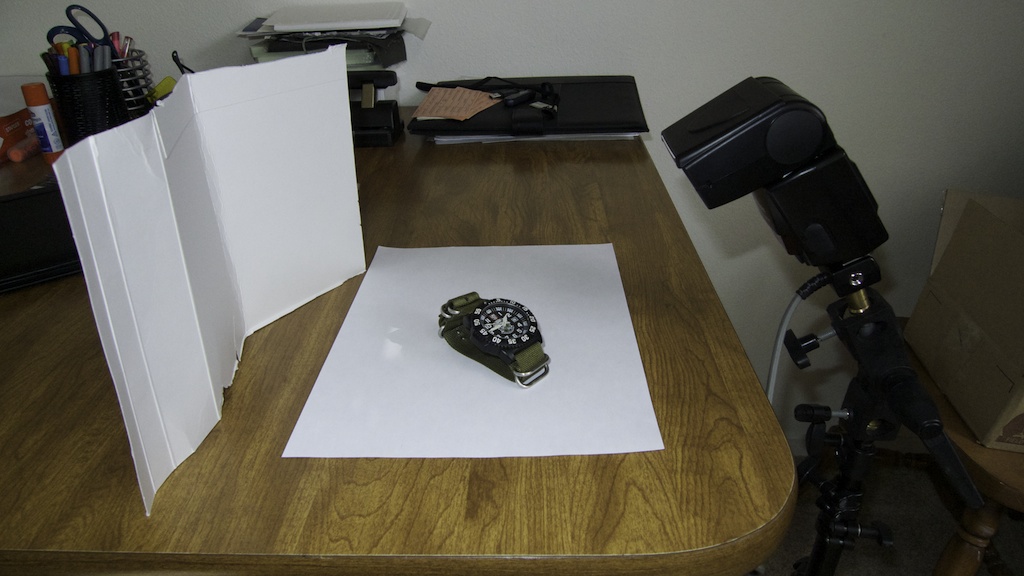 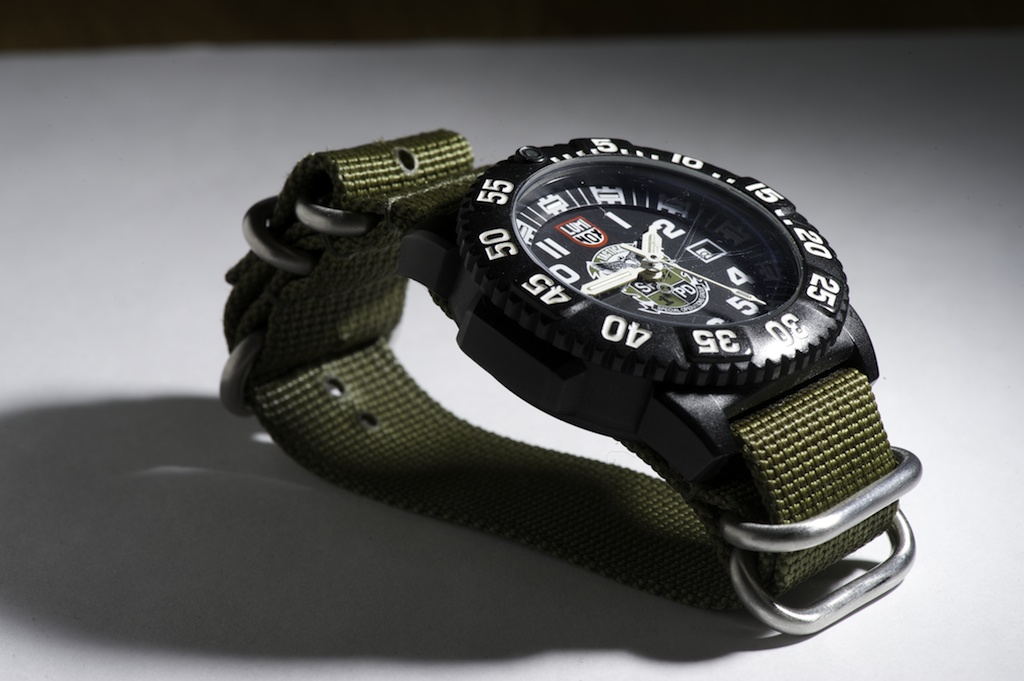 This second shot I have simply added a bounce card opposite the flash. I am now thinking of where my source light is going – being wasted – and bringing some of it back into the scene. This simple light mod can be used in a number of ways. Just move the card closer or further, shape it to control the direction a little, etc. Notice how the light looks less harsh? Notice the shadow of the watch gets lighter on the left edge as opposed to darker from the first shot? The bounce card is bouncing more light closer to the card so you end up with light fall off from the main source and now an opposing fall off from the bounce source. You are also getting a little more light and detail from under the strap. 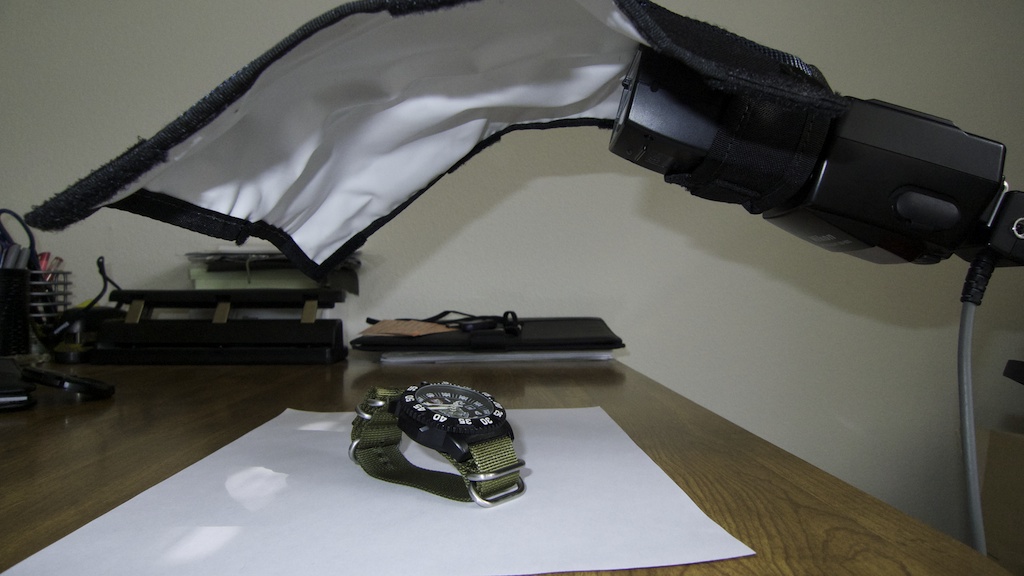 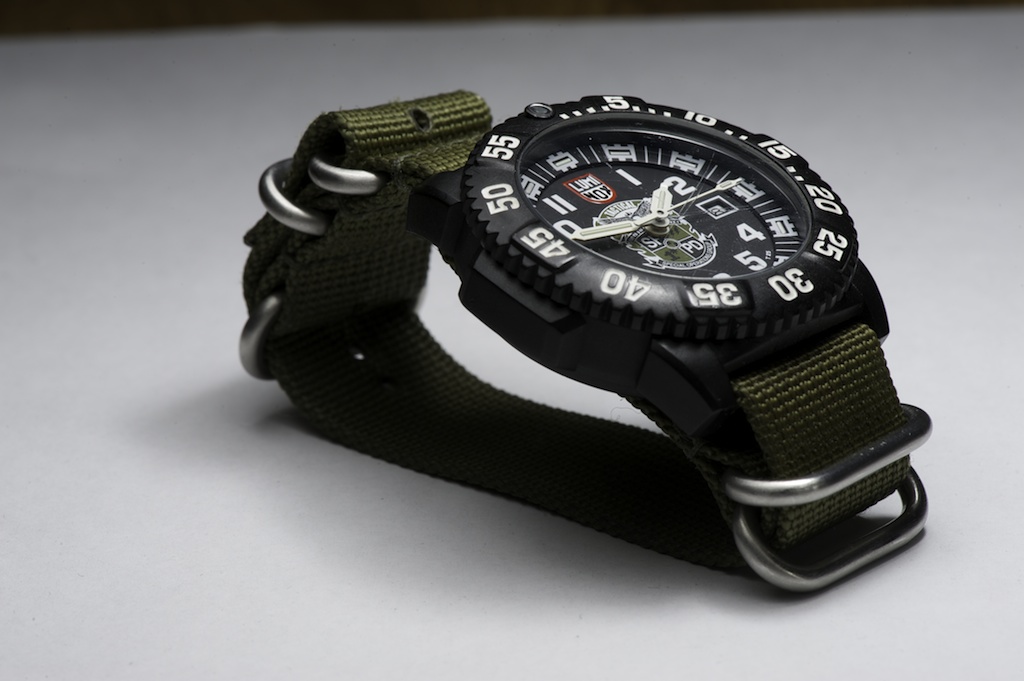 Ok, now we are adding some light modifiers. This is the Rogue Flashbender – large. There are several versions this guy makes. I like them. They attach to the flash easily. The are rugged. And they are moldable/bendable. This allows you to experiment all over the place with filling a scene with ‘ambient’ light. What this mod does is spread out the light so that it appears to come from all over. Compare portrait pictures of people in the middle of bright sunny days vs overcast days. The clouds act to diffuse and spread out the sunlight (they also affect the color balance but that is correctable). Here the source is above so you still get dark areas under the band. But the spread is even and the upper surfaces are evenly lit and smooth. This generally is more pleasing. And we are still dealing with one light. 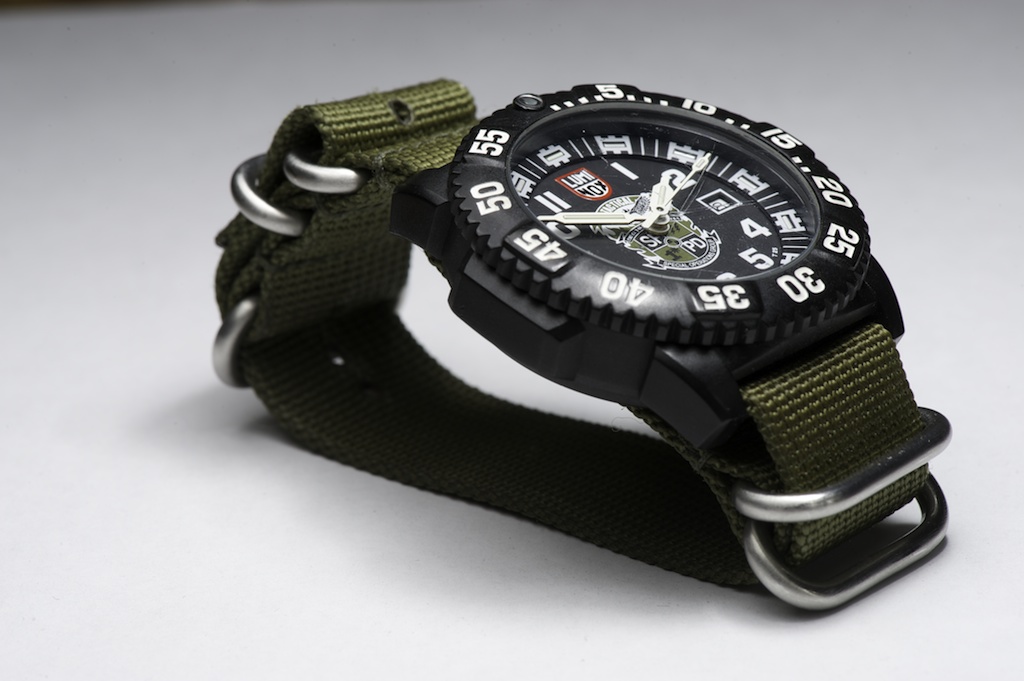 Same set up as above but I curled the Flashbender around on the left side a little more. I was trying to force a little more light under the band. 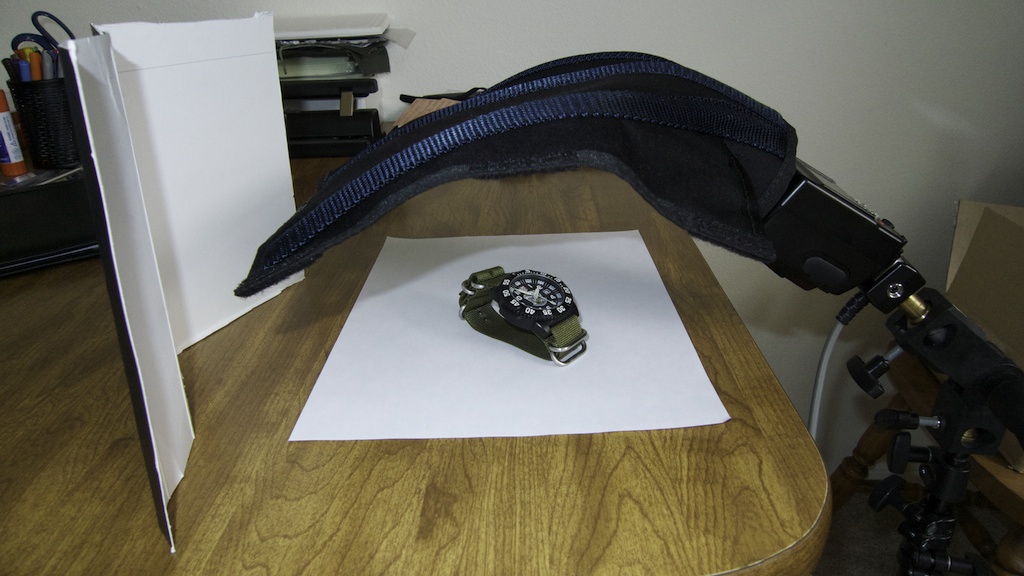 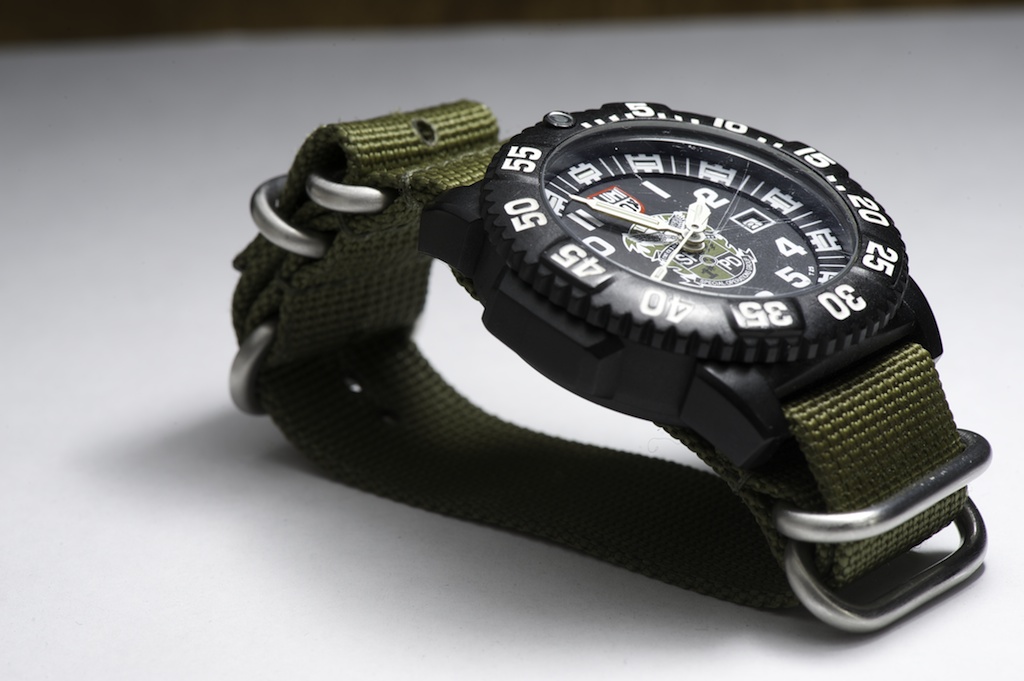 So a little more experimentation. I put the bounce card back on the left side. I’m still trying to fill in a little under the band. Didn’t have much of an effect because very little light is escaping the Flashbender and hitting the bounce card. Btw, I chose this subject (I didn’t have plastic frogs with me) because I knew that it would be dark under it – much like small herps or insects. You can play with this endlessly by moving the light source around relative to subject and/or camera, adding or moving bounce cards, reflectors, etc. 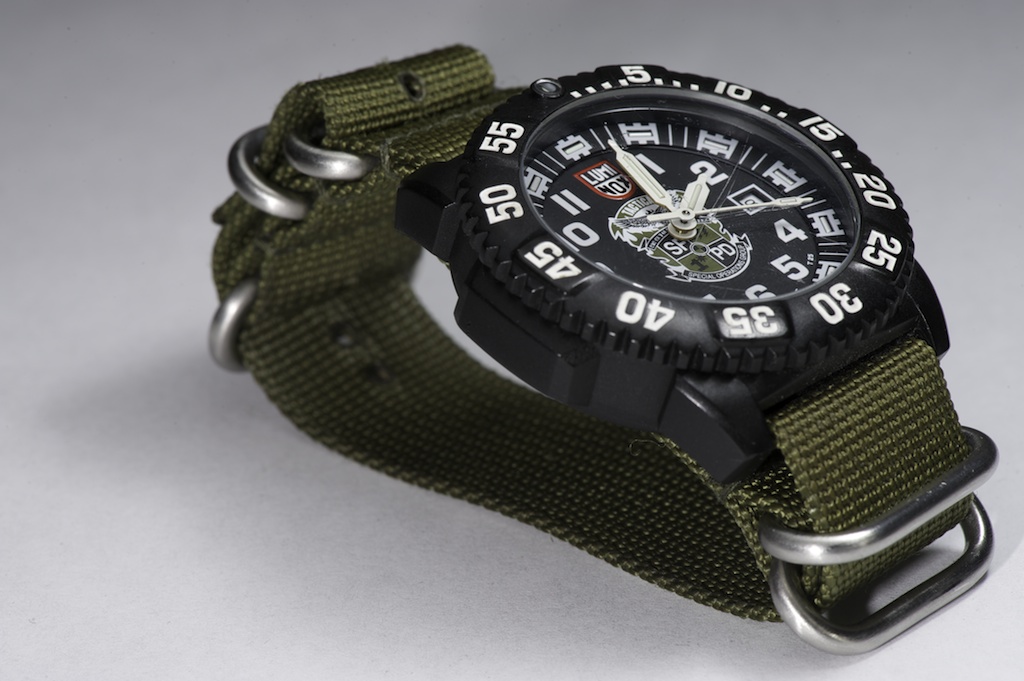 Now this is where I think you want to be. And since I used the lens mounted SB200 you may be thinking this is why you need the R1C1 set. It comes in handy for sure, especially when you have to be mobile. But in this instance I have a stable subject (think cooperative frog, or pinned insect) so I can replace the SB200 with any other flash mounted low and similarly to the little one here. This time I turned the SB800 into a master unit and am controlling the little flash from it. When both flashes were set to 0 exposure compensation there was little difference from the solo flashbender with bounce above. This is because as the meter read the scene, the key light provided enough (all?) light to expose. So I did not end up with much light under the band – in other words that expensive fancy little light is doing almost nothing. If I turned up the exposure compensation in the camera the whole scene would get overexposed but the band underneath would still be darker relative to the scene. Make sense? So I left the camera and SB800 alone (they did fine from the previous example) and this time I added +2/3 EV to the little flash. This extra light filled in under the band and now I have a pretty good technical shot. Probably much like you want for insect identification. There are so many more ways to take this. None of it is set in stone and ultimately, once you get to your exposure all other changes are a matter of artistic license and taste. Like I said, for an art shot you will want some shading and shadow to create depth to the image. You want dark and light areas to make it interesting. But once you have these fundamentals down then everything else is play and license. And this is why I think this set up is better than the R1C1. That light becomes a crutch to throw at your subject. But the quality is bland. You end up with several harsh lights as your key. I prefer one smooth key light and fill to desire. You have a great key in the SB800 and with the SB700 or on board flash you can direct or bounce fill as needed. Check out Piotr Naskrecki’s Smaller Majority and study each shot to break down what he did for lighting. No R1C1 sets in there. And McNally’s books give a big full scale version of these shots for large scenes and people. The you can think of other light mods like mini snoots, grid spots, gobos and flags, or even flashlights.